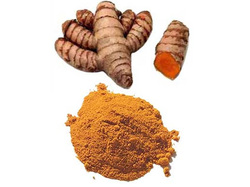 Curcumin Outperforms Pharmaceuticals and Prevents Disease Without Side Effects
Adding to the wealth of research confirming that high antioxidant spices protect the body and prevent disease more effectively than drug based treatments, a Michigan State University researcher has found that curcumin, a compound found in the spice turmeric, is proving effective at preventing clumping of a protein involved in Parkinson's disease.


One of the most comprehensive summaries of a review of 700 turmeric studies to date was published by the respected ethnobotanist James A. Duke, Phd. He showed that turmeric appears to outperform many pharmaceuticals in its effects against several chronic, debilitating diseases, and does so with virtually no adverse side effects.

Alzheimer's
Duke found more than 50 studies on turmeric's effects in addressing Alzheimer's disease. The reports indicate that extracts of turmeric contain a number of natural agents that block the formation of beta-amyloid, the substance responsible for the plaques that slowly obstruct cerebral function in Alzheimer's disease.

Arthritis
Turmeric contains more than two dozen anti-inflammatory compounds, including sixdifferent COX-2-inhibitors (the COX-2 enzyme promotes pain, swelling and inflammation; inhibitors selectively block that enzyme). By itself, writes Duke, curcumin - the component in turmeric most often cited for its healthful effects - is a multifaceted anti-inflammatory agent, and studies of the efficacy of curcumin have demonstrated positive changes in arthritic symptoms.

Cancer
Duke found more than 200 citations for turmeric and cancer and more than 700 for curcumin and cancer. He noted that in the handbook Phytochemicals: Mechanisms of Action, curcumin and/or turmeric were effective in animal models in prevention and/or treatment of colon cancer, mammary cancer, prostate cancer, murine hepato-carcinogenesis (liver cancer in rats), esophageal cancer, and oral cancer. Duke said that the effectiveness of the herb against these cancers compared favorably with that reported for pharmaceuticals.

Parkinson's
A team of researchers has now demonstratedthat slow-wriggling alpha-synuclein proteins are the cause of clumping, or aggregation, which is the first step of diseases such as Parkinson's. A new study led by Ahmad, which appears in the Journal of Biological Chemistry, shows that curcumin can help prevent clumping.

"Our research shows that curcumin can rescue proteins from aggregation, the first steps of many debilitating diseases," said Lisa Lapidus, MSU associate professor of physics and astronomy who co-authored the paper with Ahmad. "More specifically, curcumin binds strongly to alpha-synuclein and prevents aggregation at body temperatures."When curcumin attaches to alpha-synuclein it not only stops clumping, but it also raises the protein's folding or reconfiguration rate. By bumping up the speed, curcumin moves the protein out of a dangerous speed zone allowing it to avoid clumping with other proteins.- Only 1 percent of the elderly in India develop Alzheimer's disease - this is one-quarter the rate of Alzheimer's development in North America. This difference is thought to be due in part to regular consumption of curry in India.
- Daily intake of curcumin may decrease the risk of developing polyps in the colon, which in turn, decreases the risk of developing colorectal cancer.
- Regular consumption of turmeric may help to ease pain and inflammation that accompanies arthritis.
- Curcumin may be helpful in the treatment of some cases of cystic fibrosis.
- Curcumin can help to effectively treat skin cancer cells.
- Turmeric may help to prevent the spread of breast cancer cells.

The medicinal properties of tumeric are so significant that the National Institutes of Health is currently conducting clinical trials to determine if turmeric (curcumin) should be a part of conventional treatment recommendations for more than a dozen different diseases.In Ayurvedic medicine, turmeric is thought to have many medicinal properties and many in India use it as a readily available antiseptic for cuts, burns and bruises. It is also used as an antibacterial agent.

Simply put, tumeric is one power spice that every person should have in their spice rack to add flavour to your favorite dish, but most of all prevent disease and advance your long term health.